I have never been wrong about you. You’re a painter. That is why the first time we met I said you reminded me of someone: me 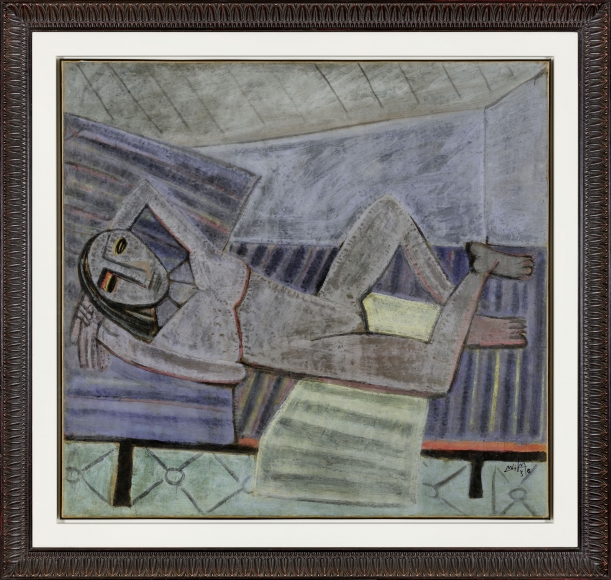 Galerie Gmurzynska is proud to present a retrospective of the six-decade career of the groundbreaking modernist painter Wifredo Lam (1902-1982). Presented in collaboration with the estate of the artist, the show will include an important group of major paintings ranging from rarely seen masterpieces from the1930s and ‘40s to signature works from the 1960s.

Lam is internationally recognized today as one of the pioneers of modernism in Europe, Asia, and Latin America. Born in Cuba, he was an artist of mixed Chinese, Spanish and African heritage who drew upon the myriad influences of his multi-cultural upbringing to develop a unique and hybrid style ofpainting that was not only admired and collected by fellow artists and writers Pablo Picasso and André Breton, but resonated with the tumultuous political, social and cultural context of the 20th century and an emerging post-colonial world. His achievements were recently celebrated with a retrospectivein 2014 at Tate Modern in London, which travelled to the Centre Pompidou in Paris and the Museo Nacional Centro de Arte Reina Sofia in Madrid.

Lam travelled constantly throughout his long life, living and painting alongside many of the mostimportant artists of the 20th century. His early training as an artist in Havana and Madrid shows thepowerful influence of Matisse before in 1938 he moved to Paris where he joined Picasso and the Parisian avant-garde and his work takes a turn towards abstraction and Surrealism. He returned to Cuba in 1941 to escape the depredations of World War II and there painted one of his greatest masterpieces “The Jungle” (1943), which the Museum of Modern Art, in New York, acquired under its founding director Alfred Barr in 1945, and “Untitled” (1945), which is included in this show, a radically mono-chromatic, minimal reinterpretation of the jungle theme that is also linked to “The Antillean Parade” (1945), a major painting in the collection of the Louvre Abu Dhabi.

Wifredo Lam was a global citizen before globalization and his body of work connects different cultures, languages and visual traditions in a symphony of signs, marks and meaning. His best paintings synthesize modernist painting styles with biomorphic animal, human and plant forms as wellas graphic symbols that are often derived from Afro-Cuban imagery, poetry and religion as well as ancient Greek and African artifacts. His monumental painting of a nude model in repose, Le Repos du modèle [Nu], from 1938, shows the visible synthesis of classic modernist subject matter, Cubist primitivist stylistic characteristics and African influences. Le Repos du modèle [Nu] underlies his progressive move towards Surrealism and the abstraction of figures in his paintings throughout the next decade.

“He believed in an art of essence, a poetry of forms and colors that would allow cultures, languagesand beliefs to interconnect and transcend their differences,” writes Dominique de Villepin in an essay for the exhibition catalogue titled “The Fraternity of Sorcerers: Wifredo Lam and the Poets.” Lam found in poets and poetry “the freedom of mind he longed for,” according to Villepin, himself a poet, historian and the former Prime Minister of France who writes with great sensitivity and insight on theartist. Poets remained a constant influence on Lam throughout his life, producing mutually inspirational relationships, which resulted in collaborations such as André Breton’s “Fata Morgana” in1940, Aimé Césaire’s “Retorno al pais Natal” in 1943, and later on with Gabriel García-Márquez in “El último viaje del Buque Fantasma.”

Lam left Cuba in 1952 and returned to Europe where he exhibited widely over the next two decades. Rarely seen works from the 1950s, 1960s, and 1970s form a part of the exhibition, rounding out a chronological overview of five decades of constant creative evolution.

The exhibition is accompanied by a publication containing an essay by former French politician and historian Dominque de Villepin. 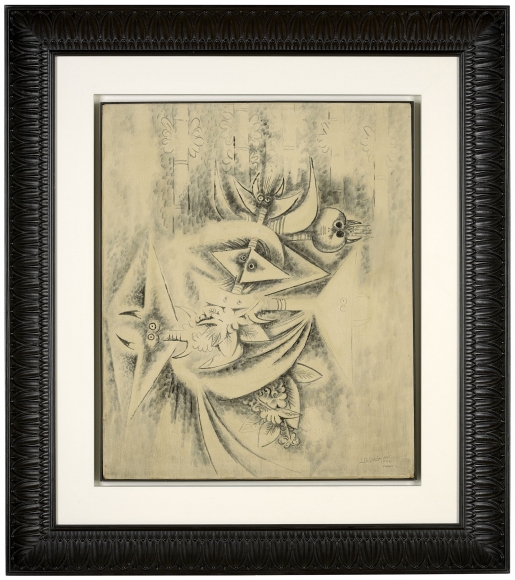 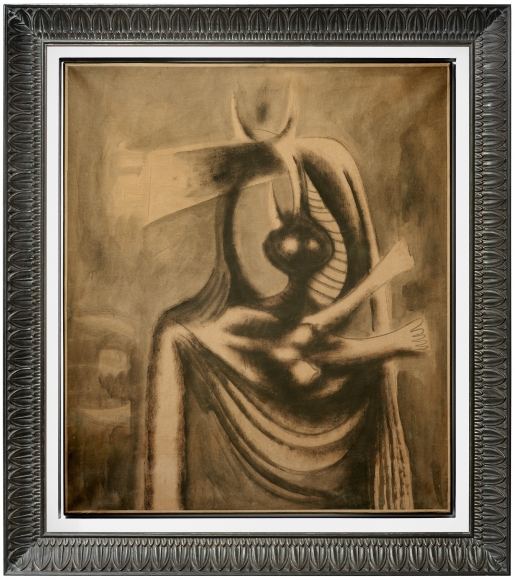