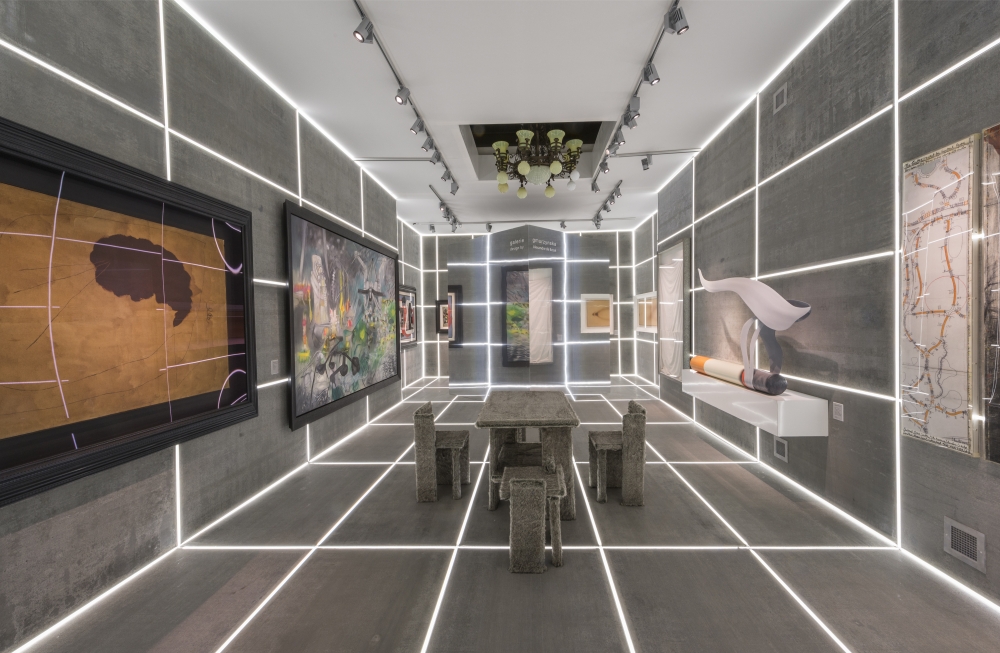 “In the last few decades the interconnections between the art world's systems of diffusion and information, distribution and collection, have witnessed an exponential growth. The network of contacts and relationships has expanded to include unprecedented territories and far-flung latitudes. Every piece of the art-system puzzle has thus had to rethink itself in order to facilitate a decentralization of conquest and strategy. The great museums have intensified their presence through structural and operational alliances from New York and Paris to Bilbao, Abu Dhabi and Metz, moving thus towards a transition that will expedite their economic processes as well as cultural functions. The great volume of demand and the intensification of exchanges has accelerated a migration of auction houses, art fairs, and private galleries, taking them to decentralized locations geared to spur geographical interactions and to become efficient, authoritative tools of evaluation of art objects. Competition has also fostered visions that the dominant axis of judgment, established in its day only between Europe and the United States, had suppressed and failed to consider. "Navigational maps" of artistic contributions from Asia, Africa, Australia and Latin America have been redrawn to include an entire population of historic protagonists and experimenters of different and new aesthetic discoveries. This sin of omission has been abandoned by the postcolonial perspective, in the attempt to draw a new map in an ongoing state of development.

With the rise of the global network of sensors for surveying changes in the artworld on a planetary scale, the logic regulating the role of the traditional gallery, with a single location and related infrastructure of communication and information, is entering a crisis. While still retaining its function of exhibiting and extolling still-existent historical material available for an institutional and intellectual acquisition further effected through the multidimensional connectivity of the digital world, the consideration of the experience and perception of the real, in a concrete space, remains fundamental to displaying original materials. Thus the gallery environment, as architecture or installation at a fair, becomes a pathway for the transit of "real" information, in a way that allows us to appreciate the importance and rarity of the original.

This approach, however, cannot afford to neglect the new role of the connective grid. For this reason the project of Alexander de Betak for Galerie Gmurzynska, on the occasion of their presence at the TEFAF in NewYork, attempts to interweave the current dynamics orienting the direct connections between art and globalization. The osmosis between the exhibitional sphere and a network is highlighted by a luminous grid conveying and transmitting concrete images, as well as works of art, in an interaction between technology and creative modalities that serves as an allegory of what is happening in the reality of art. An architectural intervention in the Colonel's Room of the Armory in New York underscores the transition from the past to the future, visible also in the cohabitation of classic furnishings and the candelabrum with contemporary design, and an industrial, multimedia stage setting. We are given a metaphorical, prophetic message of a phenomenon of contamination between art and stagecraft, artifact and perception, installation and positioning, presentation and exaltation-all ongoing and in perpetual development. And this procedure, which thrives on the broadening and increase of information about art through its grafting with other languages-from architecture to fashion, film to design-has become the manner of presentation of Galerie Gmurzynska, which for over a decade, and in a variety of locations from Basel to Miami, has turned to the creative and functional display of such figures as Zaha Hadid, Richard Meier, Roger Diener, Claude Picasso, Karl Lagerfeld, and Baz Luhrman.

It has advanced an experience of the changing environment, with the goal of highlighting the future of the "gallery as medium," where the selected, unique images tend to multiply and renew themselves, suggesting the passage of history. It is a way of soliciting a mirroring between yesterday and today, as in the room of mirrors containing fragments of history from Russian Suprematism and Productivism from El Lissitsky to Alexander Rodchenko and Varvara Stepanova, which becomes a central point radiating outwards towards the contemporary. It is a game reflecting the transmission of linguistic meanings from one work to another, from one avant-garde to another, as occurs between drawings, sculptures, and paintings by international figures of visual experimentation from Nouveau Realisme to Pop Art, from Tom Wesselmann and Robert Indiana to Matta and Christo. It is a production that foregrounds the flow of data and mutations, interweaving them with the concrete presence of sculptures and paintings, an active, surprising way of framing the changes in the structures of conceptual and passional appropriation of art.”